I don’t mean to be critical but sometimes I don’t understand people when it comes to doing what I consider to be routine vehicle maintenance. Take for instance my neighbor; after he finished changing his oil a few months ago he topped off the other fluids. This is smart except for one thing. Winter was just around the corner and he only added water to his radiator and his windshield washer fluid reservoir. That is a recipe for disaster if the weather gets cold enough. What should he have done? The answer to that is put approved windshield washer fluid in the reservoir for that and only use the best antifreeze possible in his cooling system.

Why should you only put antifreeze in your vehicles cooling system? There are many reasons. The most important of which is that it lowers the temperature your coolant in your engine will freeze it. This is especially important if you live in a place that experiences below freezing temperatures in the winter. That is why in this article we will give you pointers on how to select the proper antifreeze for your vehicle and antifreeze reviews what we feel are some of the top rated products in the auto marketplace.

After taking a look at and researching many different brands of antifreeze these are the products that really stood out to us above the rest: 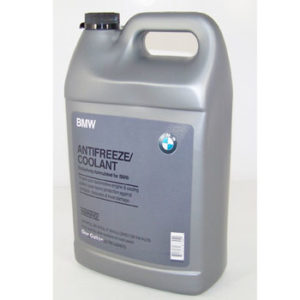 BMW not only makes great cars but they have shown here they can make great support products for them too. This is excellent antifreeze that can be used in any vehicle or a number of other purposes where antifreeze is called for too. 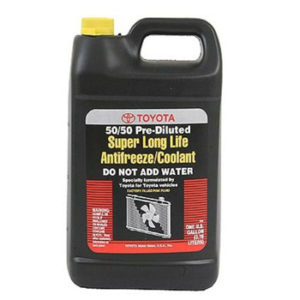 This is not only a good coolant that Toyota makes but it also fills the requirements of using an OEM product in your Toyota car, truck or SUV. The nice thing about it is that you don’t necessarily have to own a Toyota vehicle to get the benefits that this antifreeze offers those that use it. It comes pre-diluted from the factory and has a distinct pink color to identify it as an original Toyota product. Toyota fluids are well-known because they work well and last a long time in your engine. 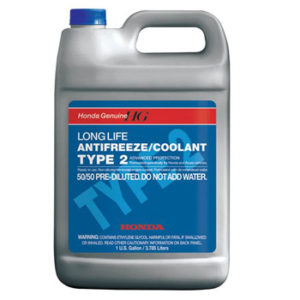 This neat blue antifreeze from Honda will work great in just about any Honda car and many other Japanese imports. It is conveniently pre-mixed with distilled mineral water so there is no extra hassle before putting it into your vehicles cooling system. 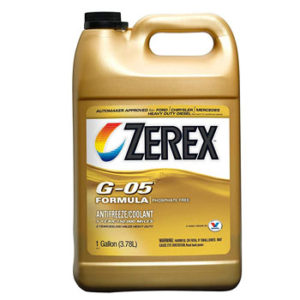 It’s surprising that the Zerex company name is not as well-known as other brands such as Prestone because it is as good as or better than just about any antifreeze in the auto marketplace. This antifreeze does not break down much over time and offers excellent protection to your vehicle’s engine even under extreme conditions. 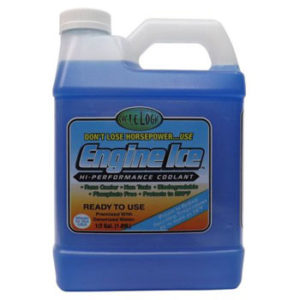 There is a lot to like about this antifreeze. Not only how well it works but the fact that it’s safe antifreeze to handle and accidentally ingest in small amounts. It works so well that it is the product of choice for many of road racing teams. It may just be the top antifreeze product on our review list. 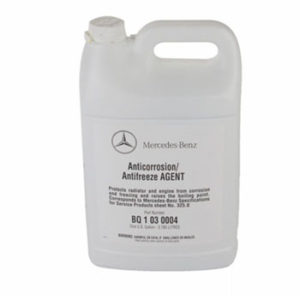 Mercedes comes with a great product for its cars that will not only cool the engine system but also protect it from low temperatures. Also, it is compatible with all Mercedes’ motors no matter whether they are in cars, motorcycles or marine crafts.

Widely-known for its car parts and accessories, Mopar is here with its 1G coolant, compatible for all Chrysler, Dodge, Jeep, Ram and FIAT vehicle owners. This purple liquid is also a labor-saving product as it does not require dilution. 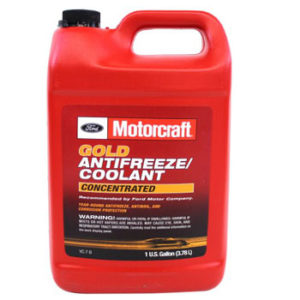 Maybe you are one of those Ford vehicle owners that don’t trust putting anything on or in your vehicle that is not an OEM approved part? If that is the case then you will love this great antifreeze that is manufactured to work great in all Ford vehicles. It offers better than normal hot and cold weather coolant system protection. 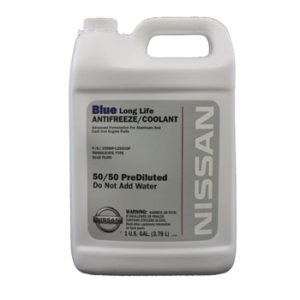 You can probably see a general theme by now in our reviews and that is antifreeze products that are also considered OEM products might very well be the preferred way to go. Here is another good one that is made by Nissan to meet the specific needs of their vehicles cooling systems. 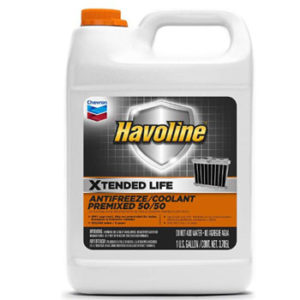 If you are looking for a product that does not cost much for 1G and has excellent quality characteristics, then Havoline is definitely your brand. This pre-mixed antifreeze is manufactured in the USA for the domestic market but is also suitable for all European and Asian cars as well as light duty trucks. You will find this orange antifreeze especially effective when it comes down to taking good care of your car.

This is very good antifreeze that was designed to meet the cooling and antifreeze needs of Audi and BMW vehicles. It not only will protect your car in hot and cold weather but it will also help keep rust out of your engines cooling system. It can be used in other cars besides Audi’s and Volkswagens too. 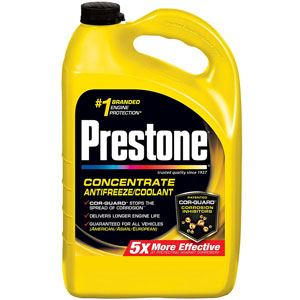 You would be hard pressed to find any better antifreeze products in the industry than those made by Prestone. The company name is so strong when it comes to coolant for your vehicle that the name itself is almost synonymous with antifreeze. This is a great product that will do a nice job cooling your engine even under the most extreme conditions. 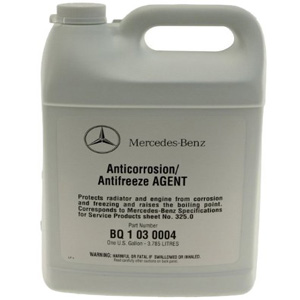 Mercedes-Benz vehicles have just about every component and additive in them specially made just for them. It is a proven recipe for longevity and excellent performance with their vehicles. Now if you own one of these vehicles you can put this specialty antifreeze in your Mercedes Benz vehicle too.

Buying Guide: How to Buy The Perfect Antifreeze & Coolant 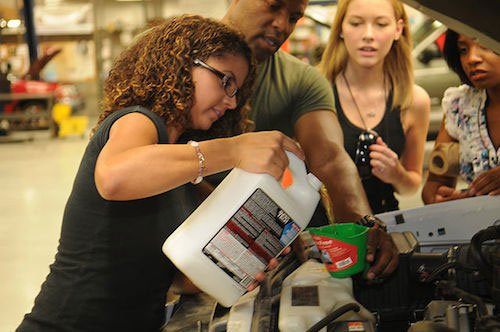 After reading our reviews you have probably gotten a glimpse of the fact that antifreeze shopping is not just as cut and dry as most people think it is. As a matter of fact, if you are trying to find the perfect antifreeze for your vehicle it can actually be a very frustrating and time-consuming process.

Most of the Antifreeze products on the list have OEM manufactured recommendations but that also means they can be a little more expensive. There are other brands out there that might be just as effective but also cost less. The problem is how do you know they are just as good as a manufacturer’s brand of antifreeze?

6 Things to Consider When Buying Antifreeze

*** As was mentioned it is very important to never mix two different colors of antifreeze unless it is approved by your vehicle’s manufacturer (For example; Toyota antifreeze used to be pink but now it is more reddish but it’s ok to mix the two). If you do this it can potentially cause harm to your engine. ***

WHAT IS ANTIFREEZE COOLANT/WHY IS IT NEEDED?

Your vehicle works with what is known as an internal combustion engine. In short, this means that a series of small explosions take place in your engine and the force of these explosions creates power which ultimately turns the wheel on your vehicle. The only problem is there is a byproduct of this process and that is heat; enough heat to melt your engine metal parts if it’s not cooled.

That is where your vehicles cooling system comes in. there is a water jacket that flows around all the parts of the engine that get extremely hot. This jacket picks up the heat that the engine emits and takes it through your vehicle’s radiator to be air cooled. This process takes place continually as you drive so your vehicle does not overheat.

For years water was the only thing that was used in the water jacket of the engine. There were two problems with that. The first is that the engine temperature would get too close to the water boiling point too quickly. The second is that in the winter months the water would freeze and that could ruin the engine too.

That is where antifreeze comes into play. It has additives mixed with the water that makes the fluids boiling point much higher than straight water and also lowers its freezing point too. The system is also pressurized which helps also.

Without antifreeze, no engine would run very long under extremely hot or extremely cold conditions. Oils we become so thin they would not do their job and once metal starts hitting other unlubricated metal in the combustion process it’s only a matter of time before there will be a catastrophic engine failure in your vehicle.

WHAT IS ANTIFREEZE COOLANT MADE FROM?

We discussed a little bit about the fact there are different types of antifreeze and although they all do basically the same thing, they don’t all have the same additives in them. Here is an overview of some of the additives that are typically found in antifreeze.

HOW DO I KNOW WHAT TYPE OF ANTIFREEZE COOLANT IS IN MY CAR?

Many people have the common misconception that they can use just any type of antifreeze in their vehicle. This is simply not the case and mixing different types of antifreeze can actually ruin your engine.

If you are all out of other options you can even match up the color of your existing coolant with the chart below:

This is the same chart that was used in the buying guide.

The bottom line is, never mix different types of antifreeze together no matter what and always try to use the type of antifreeze the manufacturer recommends.

You may also like: best octane booster or choosing a fuel injector cleaner, brake fluid reviews

If you did not know already you should now know the important role that antifreeze plays in keeping your vehicle’s engine from overheating and from freezing up in the winter time. Not to mention it helps keep the metal parts in your engine from getting too corroded.

That is why you always want to use the best antifreeze you can buy in your vehicles cooling system. There are just so many benefits to doing that. Antifreeze is not an expensive product in general and it is not worth it to try to save a few dollars and risk needing to replace or fix an engine that has badly overheated or seized up; the cost alone for this repair could exceed the value of the vehicle in some cases.