Imagine you have two choices when buying a used vehicle. On your left side, you have a car that contains no stains, has a fully intact paint job, and is sparkling in the sun. On your right side, stand a car whose exterior is inundated with tough spots that have marred its appearance. Which one will you choose?

Of course the former. Then why shouldn’t you invest in the best car buffer to give your vehicle the same bright, shiny appearance? Even if you have no plans of selling it in the near future, you could still feel proud of its shimmering exterior attracting lusty appearances from fellow drivers.

Sounds like something that you’d happily pay for? Then check out the below-mentioned car buffer reviews and buying guide. Whether you’re a newbie who has never used a similar tool before or a professional looking to upgrade, this article has got you covered. 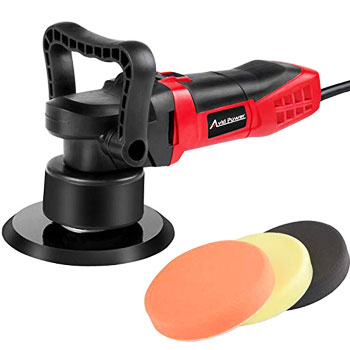 One of the most high-performing and easy-to-use buffers, the Avid Power Polisher comes with a six-speed control dial to let you use it for a variety of applications. The first two speed setting, which allows you to rev up its OPM all the way to 3,000 OPM, come handy for waxing and buffing purposes.

The third and the fourth speed settings let you increase the OPMs to 4,500 to adequately polish and clean your surfaces. As for the final two-speed settings, they are undoubtedly the rigorous ones. Hence the reason why you can count on them to safely remove paint defects without too much pressure.

It is equipped with an adjustable handle to provide you with a comfortable grip feeling. Similar is the case with its rubberized body which offers non-slip control throughout its operation. Also, since this model undertakes a soft-start, you won’t have to worry about it burning through the paint. 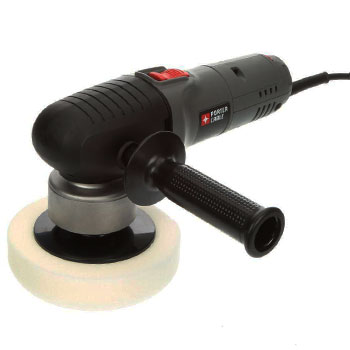 The Porter-Cable 7424XP is a 6-inch variable speed unit which comes handy for both marine and automotive applications. That’s because of this unit’s ability to accept thread accessories whose size ranges between 5/16’’ to 24’’ spindle thread.

Furthermore, while it won’t give you the convenience of a cordless model, this model’s 2.4m power cord won’t restrict your ease of movement. The handle on this unit can be moved to either side for your comfort and its 8mm throw offers huge flexibility to access most nooks and crannies.

On top of everything else, corners haven’t been cut to keep this unit’s asking price low. We can say that by looking at its speed, which ranges all the way from 2,500 to 6,800 OPM. Though its 3-year warranty against defects and 1-year normal use warranty also belies the myth that you get what you pay for. 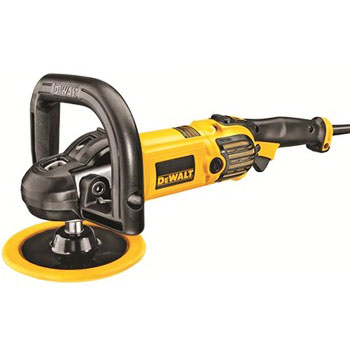 Thanks to its 12 amp motor, the DeWalt DWP849X is one of the most powerful buffers on the market. It has a conveniently located speed control dial which lets you easily set speeds from 0 to 3,500 RPM. Equally useful is its built-in electronic module which helps this unit maintain its speed to deliver better results.

It was surprising for us to note that this unit comes with a wool ingestion shield. Apart from doing what its name implies, the ‘wool ingestion’ shield reduces service costs and increases the life of the tool. So you get the best of both worlds without even knowing or asking for it!

What is more, if you don’t like the length of its cord, DeWalt also has a similar 20V cordless option. Though we recommend you decide in favor of this unit as its soft-start functionality, non-mar rubber gear case and 3-year limited warranty offer a lot of bang for your buck. 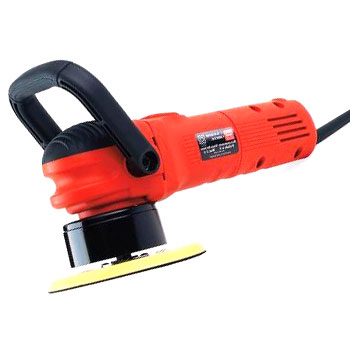 Though not coming from as famous a brand as some of the other units in this review, the Griot’s Garage 10813STDCRD still charges quite an asking price for its services. Know why? For starters, this unit’s 10’ cord is the longest of most buffers on the market.

Also, with its 6,800 OPM rating, you can rely on it to remove scratches and swirl marks easily (and safely). Its domed, rubberized palm grip gives you a secure feeling when you’re on the job whereas its six-position adjustable loop handle makes your time using this tool as comfortable as possible.

Finally, since this polisher uses an 850W motor, it has the ability to remove defects from most surfaces. You’d also like the positioning of its power switch which lets you access the same using one hand. Also, since it comes with a loop backing plate, mounting and removing the pads is a cinch. 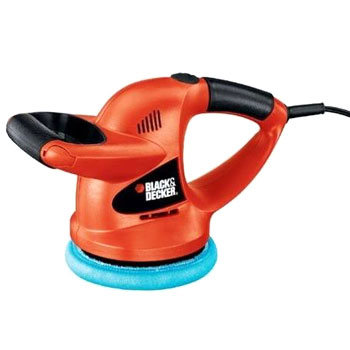 What is it that makes the Black & Decker WP900 one of the best-selling polishers on the market? Most reviews of this model that we read point to its six-inch random orbit as a contributing factor. It gives you a swirl-free and burn-absent buffing result, and that too at a relatively affordable price.

Ergonomics of this tool will let you finish your job effortlessly. Its two-position handle lets you adjust it to have better control over its operation. The rubberized palm grip ensures maximum control even for sweaty hands. And the user-friendly placement of speed control is also a welcome sign.

Did we just say speed control? That’s right; this unit does have a six-speed control dial which lets you adjust its working pace anywhere between 0 and 6,800 OPM. Add to the equation the fact that it’s a dual-action buffer, and even beginners can take advantage of this tool’s offerings. 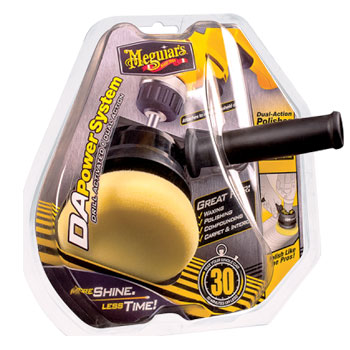 Most people won’t be initially happy to note that this model is drill-activated. That means that you have to attach it to a drill to work. Granted, its reliance on a drill rules out this unit as an option for pros – as its max RPM is 2,500 – but it’s still a super-attractive option for beginners.

And why’s that the case, you ask. That’s because its drive unit, which oscillates in circular motions, won’t allow you to apply too much pressure in one place. As a result, even while removing swirl marks and providing your car with a bright finish, it won’t pose any safety risks.

Included in the package of this tool are power and wax pads for better polishing results. However, if you want the best results, we recommend that you spend a few extra bucks to purchase a compound power pack (which removes defects) and waxing power pack (that protects the exterior). 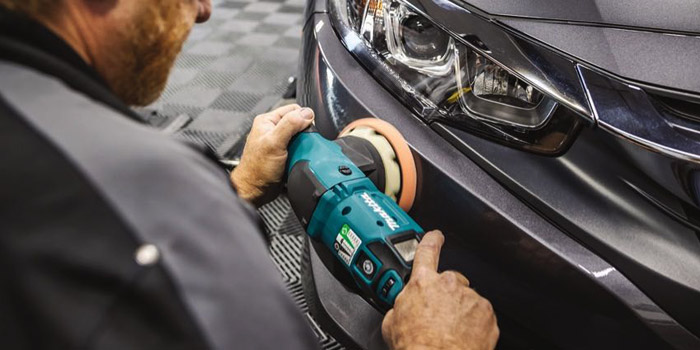 Hopefully, you have gone through the above mentioned reviews before scrolling your way to this section. However, even if you haven’t, there’s no need to worry. This buyer’s guide contains information which will turn you into a knowledgeable car buffer buyer.

What to Consider When Buying a Car Buffer?

Following are the questions you need to ask yourself before purchasing a car buffer:

Here are some of the features and specs which are a must-have for the top-rated buffers: 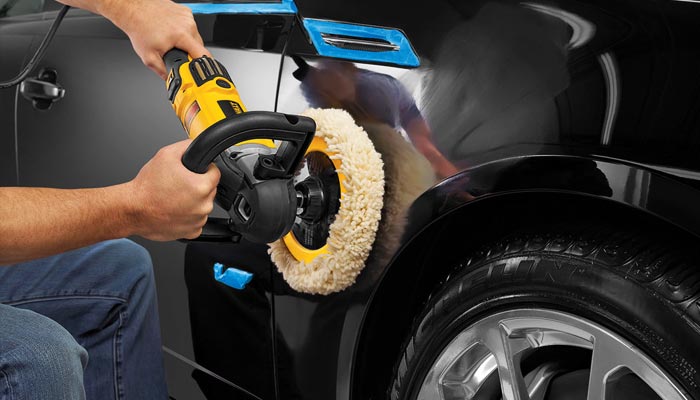 There are three types of car buffers that are available on the market. They include rotary buffers, orbital buffers, and dual-action buffers. Let’s discuss all of them briefly here. 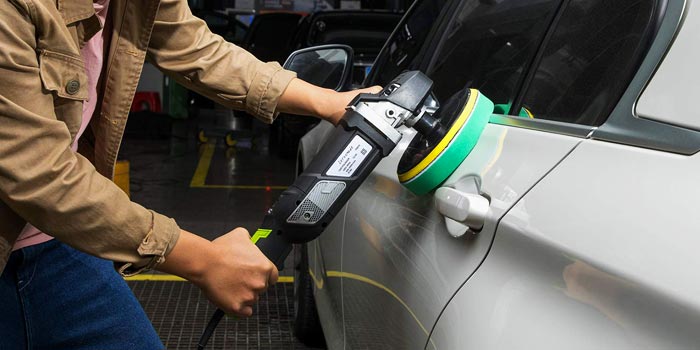 Benefits of Polishing Your Car

Despite it being an important part of their car service, many vehicle owners do not understand the advantages which come with car polishing. The result of their lax attitude is having a car whose visual defects mar its appearance. 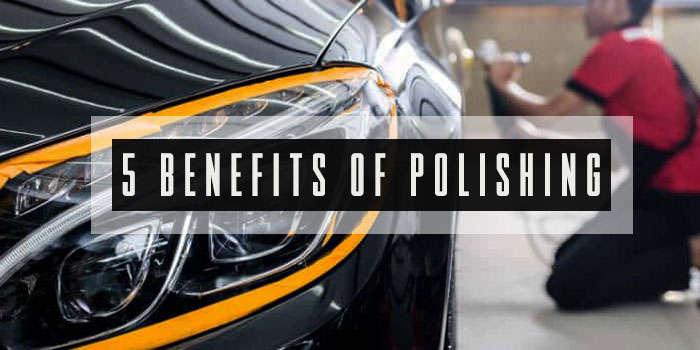 5 Great Reasons Why You Should Polish Your Car

With this in mind, let’s look at the benefits which you can harness by polishing your car:

Since this isn’t a car air freshener buying guide – which you can unit whenever and however you deem fit – there are some tips using which you can take the effectiveness of your car buffer to a whole new level. They include:

Q: What’s the difference between low and high-quality car polishes?

A: Low-quality polishes merely cloud the top surface of your car’s paint. High-quality ones, meanwhile, give it a wet-looking, deep shine.

Q: What are the dangers of dry polishing?

A: If you try to do dry polishing, nine out of ten times you’ll end up burning through the paint. It’s for this reason that we recommend that you should work the polishing product.

Q: How to set the speed (RPMs) of your buffer for most optimal polishing?

Q: What are the types of buffing pads?

A: There are three major types of buffing pads. These are wool, foam and microfiber buffing pads. You can use any of them on either rotary polisher or dual action orbital as long as the diameter of the pad is equal to or greater than that of the backing plate of your buffer.

Q: Should You Wax or Polish Your Car

Q: How to protect your car paint 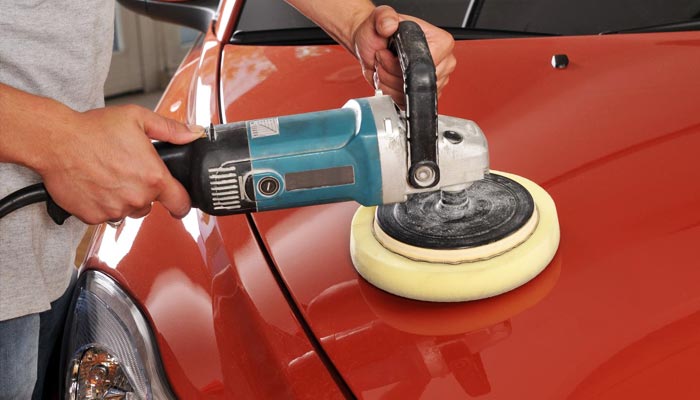 Ask professional car detailers, and they’ll tell you that having the best car buffer in your tool kit can give you a lot of benefits. Whether you’re going to use these on your own vehicle or on a commercial scale, these tools will help provide your car with a glistening finish that onlookers will stand and admire.

Luckily for you, a mere scroll through our car buffer reviews will make it clear that their utility isn’t limited to automobiles. People all around the world have been using these tools for their boats, and in some cases, airplanes, provided you can afford one.

On top of everything else, these tools won’t cost you to rob a bank to pay their asking price. Depending on your needs, you can pay as much or as little as you want. Though you need to be careful as the maxim, which states that you get what you pay for, mostly holds true when it comes to car polishers.