According to a conservative estimate, more than 125,000 drivers are slapped with a speeding ticket in the US every day. Most people won’t find anything strange about this statistic until they come to know that more than 80% of drivers claim to be aware that over-speeding can cause road accidents.

In other words, even though 8 out of 10 drivers know that driving too fast can be fatal, speed violations still happen frequently. Whether drivers do that knowingly or unknowingly is beside the point here. What matters is that they put their and others’ lives at risk by over-speeding.

Feeling guilty? The best radar detectors will force you out of your guilt. These devices warn you about a speed camera whenever they detect one is in the vicinity. You can count on the information they provide to not only slow down but also (potentially) save lives.

Seems like a fair deal? Then check out our radar detector reviews. 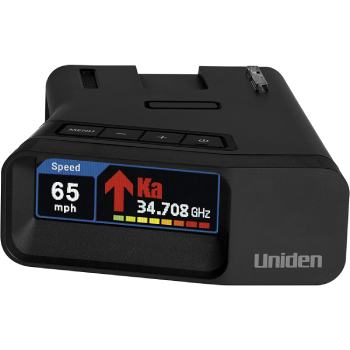 The Uniden R7 radar detector is easily one of the best models on the market. It offers the longest range of any windshield mount detector in this review. You should take a long, good look at the R7 if you demand the highest level of protection. It does more than enough to justify its asking price.

This detector comes with a bunch of other useful features as well. It offers arrows using which you can find out on which side of yours the threat lies. Its GPS allows the R7 to memorize the areas where it encounters false alerts to stop the detector from needlessly making noises along your regulate commute.

Also on offer is blind-spot monitoring (BSM). This detector can find out whether the signals it is receiving are coming from a speed-checking gun or a blind spot monitoring system on a nearby vehicle. Uniden keeps on sending firmware and software updates to this model to ensure it never goes out of date. 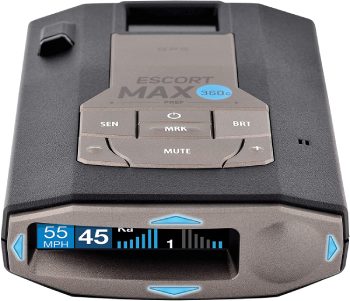 The Escort Max 360c is one of those radar detectors which don’t charge a king’s ransom for their high-end features. It is equipped with a built-in Wi-Fi using which this system sends real-time threat alerts to your Android and Apple devices via the Escort Live app.

Apart from alerting you of a speed camera, the app pinpoints red light and speed camera locations. It also lets you know of the speed limit of the highway on which you might be traveling. You can also count on the app to deliver regular traffic updates. Also on offer is 360-degree speed-ticket protection.

This detector detects not only radar but also laser speed cameras. It is equipped with an IVT filter that reduces fake alerts from moving in-vehicle technologies. The Auto Learn technology of this unit allows it to learn and automatically reject false alarms. 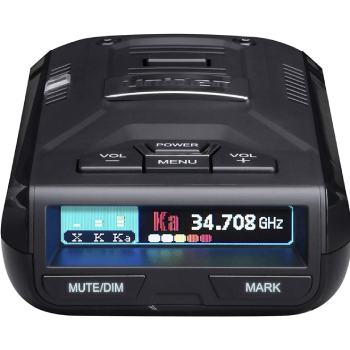 At the time that it was first introduced to the market, the Uniden R3 possessed an unrivaled range. The advent of the abovementioned R7 detector might have taken that tag away from this product. However, it still possesses a plethora of features to deserve your attention.

This competitively-priced model offers dual-end functionality by detecting both laser as well as radar signals. It contains built-in GPS to locate and automatically mute false alerts. Uniden has preloaded this detector with red light and speed camera locations and regularly sends firmware updates.

It delivers visual warnings to make sure that you keep your eyes on the road. The multi-color LED display ensures that you can easily read the display in low light conditions. Its advanced false alert filtering feature eliminates false alerts from collision avoidance systems and blind-spot monitoring systems. 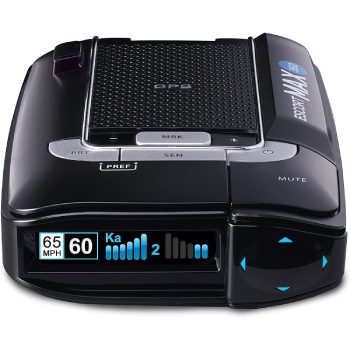 In case you are wondering, the Max Escort Max 360 offers many of the features that we have already discussed you can find in the 360c. The main difference between both is that this model doesn’t have a built-in Wi-Fi. Instead, it uses Bluetooth to pair with your smartphone and for cloud integration.

This device also comes with the Escort Live app that delivers all the data you need to remain free of speed tickets on the road. Its rear and front-facing antennas provide 360-degree protection, and the digital signal processor (DSP) offers alerts in lightning-fast time.

Lastly, one of the best features of this detector is its Auto Learn technology. Supported by built-in GPS and ITV filtering, this technology reduces false alerts by learning more about the sources of false alert signals as you drive around. It then uses that information to get better at filtering false alerts.

If you came here looking for an inexpensive yet reliable radar detector, you wouldn’t go wrong with the Cobra RAD 450. It doesn’t offer GPS capability but masks its shortcomings by detecting all the three bands that are used by law enforcement – X-, K-, and Ka-band.

Its detection range of 2 miles on a straight road isn’t much but should still give you enough time to take your feet off of the accelerator. Also on offer is an IVT Filtering system, which ensures that you hear only those alerts which you need to hear by eliminating false alerts.

This product’s OLED display has high-contrast colors that make the numbers easy to read. The controls on its panel are labeled clearly and are, therefore, easy to use. However, as Cobra has made the controls multi-functional to save spacer, mastering them will require a steep learning curve. 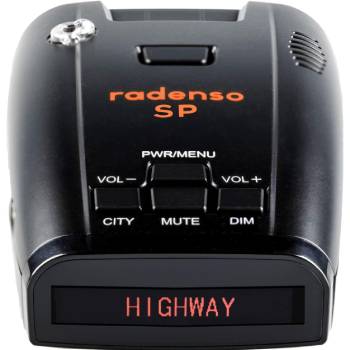 Most detectors you see on the market have displays that don’t remain readable on sunny days. The Radenso SP Radar is different. Its display contains large alphanumeric characters set against a black background. That makes it possible even for passengers sitting on the back seat to read them.

This filter comes with advanced false alert filtering. It analyzes the DNA of the sources of the radar signals to prevent signals coming from the blind spot, radar cruise control, and traffic speed sensor systems from forcing the detector to start issuing alerts.

Aside from warning you, the voice alerts of this model also let you know which radar band the detector is detecting. This is a brilliant feature as, assuming that the radar detects the X band (which is found in less than 1% of law enforcement equipment), you can continue to speed on as it is most likely a fake alert.

Whether you’re investing in a radar detector to save money on speeding tickets or you’re a responsible citizen who always wants to remain on the good side of the law, there are several questions you need to ask yourself before purchasing this device.

Once you’re done answering those questions, you’d then need to move on to the features that you might ideally want in a radar detector. In this section, we’re going to make sure that you tick both these boxes with assurance. 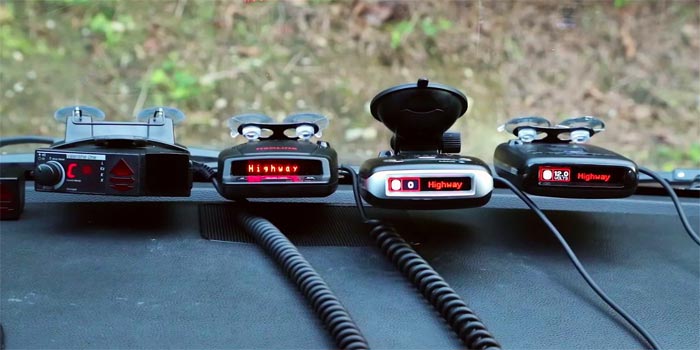 5 Considerations When Buying a Radar Detector

Here are some of the essential questions you need to ask yourself before you start searching for a radar detector:

Following are the features and specs which are a must-have for the top-rated OBD2 scanners: 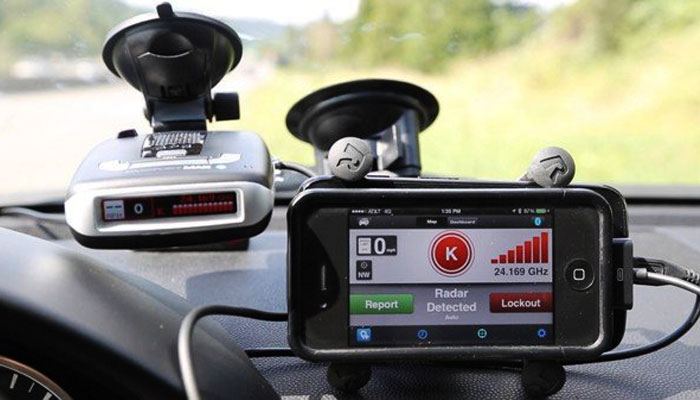 There are two types of detectors available on the market:

What is a Radar Detector?

Radar detectors are electronic devices that motorists use in their vehicles to detect if law enforcement is checking their speed. These devices work by identifying the frequency of signals that are emitted from speed checking cameras, red traffic lights, and speed checking guns. 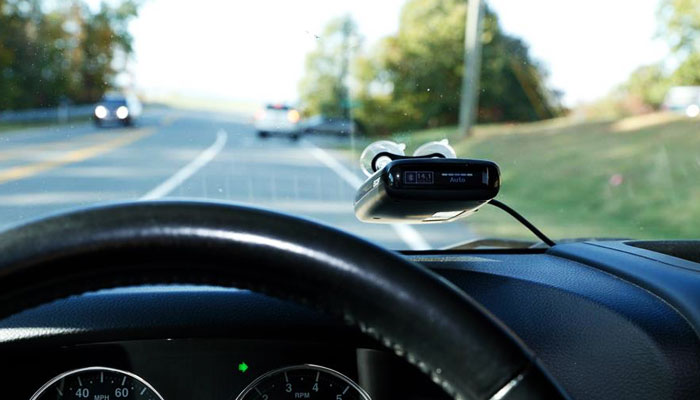 Radar detectors are a godsend for drivers who wish to keep their eyes on the road at all times, rather than alternating between glancing at the speedometer, any speed limit signboards, and their car’s rearview mirror in search of blinking lights.

Unfortunately, despite their innumerable benefits, radar detectors are illegal in some states. That’s because the legislation around owning a radar detector is under the purview of states. The Federal government has left it to them to devise laws using which states can allow or prohibit their usage.

The states which have banned radar detectors have done so for one simple reason: they make drivers careless on the road. The drivers do not need to be always on the lookout for Police interceptors as they know that their electronic savior will come to their rescue.

That might hear like a perfect excuse for police officers to stop repeated speed offenders on the road and check out their car for a detector, but that’s not the case. More than 2/3rd of US states allow the usage of radar detectors in personal vehicles.

What states are radar detectors illegal?

According to the American Automobile Association (AAA), only two US states – Virginia and Washington DC – bar the usage of radar detectors in passenger cars. However, in commercial vehicles, you cannot use a radar detector anywhere in the United States. 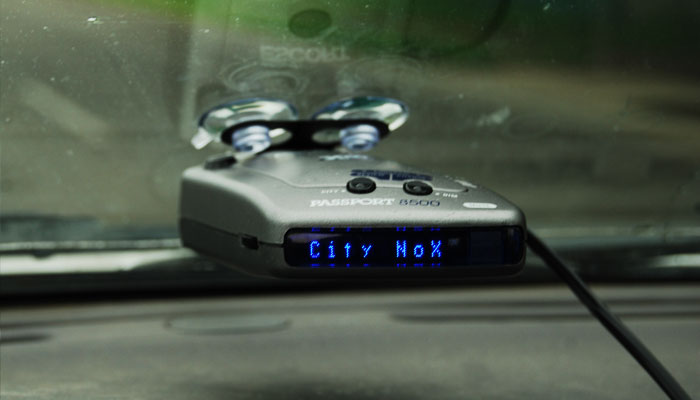 Check our car enthusiast guide to see if you’ve missed anything important!

You can check also : GPS for a Cars

Having said all that can be said about the best radar detectors, we just want to add one more thing before wrapping up this article. All the products that you saw in this review are trusted by hundreds, if not thousands of drivers like you.

These were the people who invested their money in these detectors. They then used it on the road to evade cops who were out there to get them. That gave them ample time to find out any flaws, if any existed in these products and mention them.

However, as you can see by scrolling back to our radar detectors reviews section, there isn’t much negative that can be said or written about these models. You can, therefore, count on them to make your life on the road (almost) ticket-free.